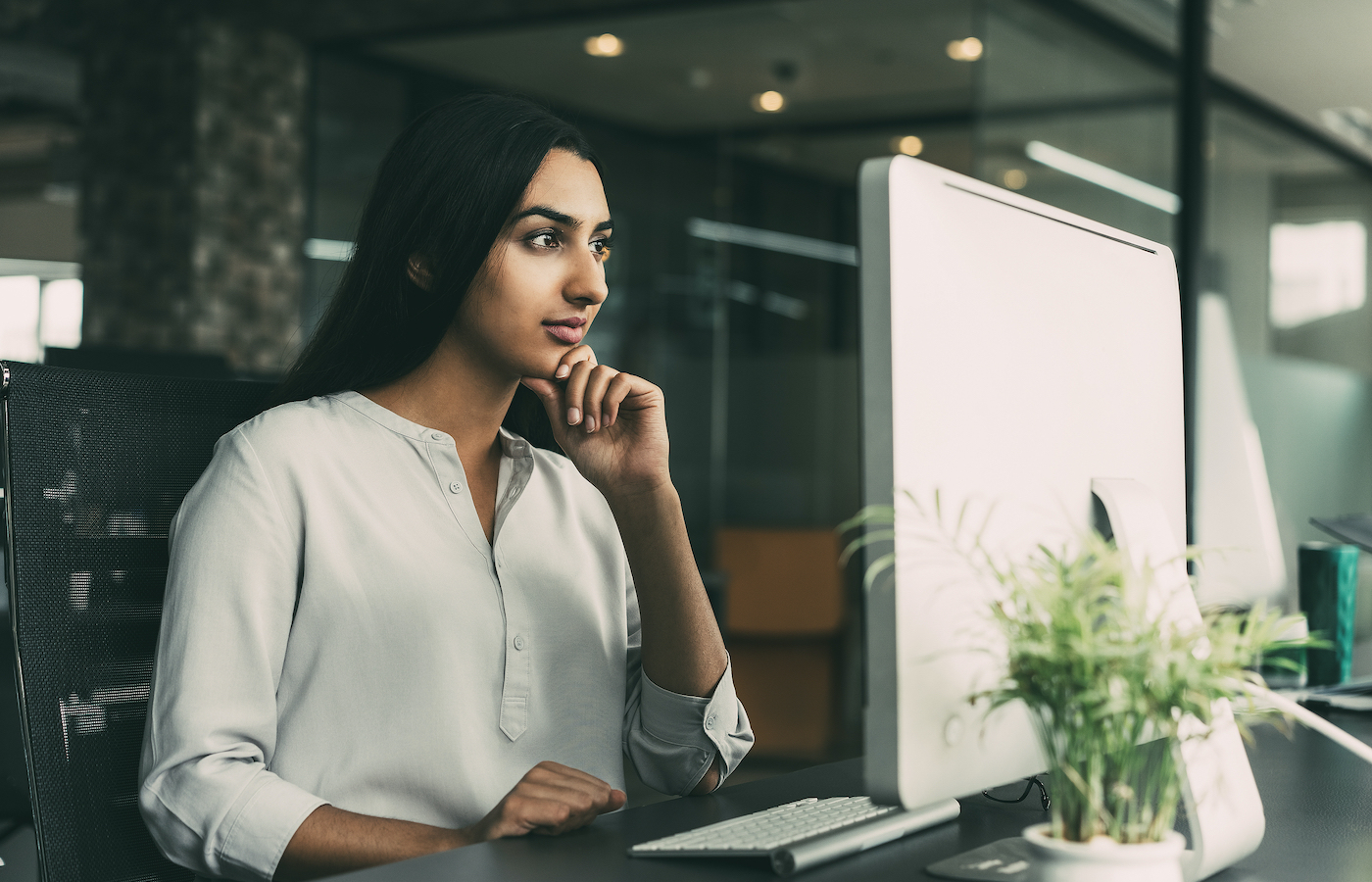 These widely used programming languages will aid applications in maintaining and improving their network connections. The key difference between Node.js and Python is that Node is better for memory-intensive tasks, whereas Python is not.

Node.js is a precise runtime environment that enables people to experience uninterrupted services by maintaining the connection between the server and browser. It can be used for a variety of purposes, including regular web pages, API services, and much more. Every browser has its own version of Node.js, which allows the browsers to function properly. Because this is the most frequently contrasted backend technology on the web, we’ve focused on some key distinctions between Python programming and Node.js in this post.

Overview of Node.js and Python

The main distinction between Node.js and Python programming is that the former is a Javascript-based runtime environment. It’s intended for apps that connect with web servers regularly and is optimised for performance. -utilization of resources

What exactly is Node.js?

Node.js is an event-driven framework built on the JavaScript Engine. Node.js, one of the main backend frameworks for 2022, allows developers to process many requests without interrupting I/O operations. Node.js is used by designers to build real-time applications that run on a variety of operating systems, including Microsoft Windows, OS X, and others.

What exactly is Python?

The main difference between Python and JS is that Python programming is a dynamic programming language that aids scripting because it is object-oriented and versatile. The programming language has been around for 30 years and has been updated on a regular basis to include a large number of APIs and libraries. Python is currently a popular choice among developers for creating sophisticated corporate applications.

The linear growth in project resources as your web application scales is referred to as scalability. When you first construct an MVP, you’ll have a simple web application that can be coded in almost any language or environment. However, when the application’s features and functionalities grow in number, the language/coding environment’s resource consumption grows in proportion.

Node.js provides enough flexibility to eliminate the need for a core. Rather than building a core and then growing everything around it, you can build a series of microservices and modules this way. These microservices and modules can execute their own processes dynamically as your application is scaled. As a result, you can expand the app horizontally by adding nodes to the current ones.

Threads are a problem in Python programming. It’s based on the Global Interpreter Lock, which prevents it from running several threads at the same time. This means you won’t be able to start another process until the sequentially historical process is completed. Python’s dynamic typing is a benefit in terms of scale, but it’s a disadvantage in terms of performance. When a project grows in size, it can be challenging for larger teams to maintain code.

The ability of a language/programming ecosystem to accomplish a set of functions with as few lines of code as possible is referred to as syntax. This is accomplished by condensing common operations into built-in functions. It’s not tricky to sort out how this connects to the language’s learning curve – the simpler the syntax, the flatter the curve.

If you’re already familiar with Javascript, the learning curve for Node.js isn’t too severe. Because of Node.js’ event-driven programming philosophy, some individuals consider that its installation and documentation are a little difficult. This approach is at the heart of Node.js’ scalability and efficiency.

If you’re a rookie developer, though, you might need some time to fully grasp event-driven programming. However, once that’s taken care of, learning Node.js is practically painless.

Python’s main selling point has always been its universality and simple syntax. Python has a shorter code length than Node.js or other programming languages and runtime environments, which is a well-known fact in the business. Python allows you to write code in a very straightforward manner.

The common practice/principles to conform to the framework/environment or language are defined by architecture. The single-threaded architecture of Node.js allows it to handle numerous requests with a single thread. Python, on the other hand, uses interchangeable code modules and follows a standard implementation known as “cpython.”

As previously stated, Node.js is a server-side asynchronous programming runtime environment. This indicates that the input-output functionality is not obstructed because a process is still running. You can run parallel processes, allowing you to deploy the application more quickly. Because of its event-driven architecture, Node.js can take action as soon as an event occurs.

Python programming, in contrast to Node.js, does not have these features and does not allow multithreading. You must first run and complete one process before proceeding to the next. Python becomes a little more strict as a result of this. Although there are certain tools that can assist you in developing asynchronous Python programmes, Python is not inherently asynchronous. You’d end yourself relying on workarounds in the project, rather than achieving the required asynchronicity.

Node.js vs Python: Speed and Performance

When you’re scaling an application, every little piece of efficiency helps you save money. As a result, performance and speed are crucial factors to consider when evaluating a programming language or environment.

We’ve already looked at the non-blocking architecture of Node.js. Its execution procedure is simplified and speedier as a result of this advantage. Furthermore, Node.js has one more advantage that makes it a strong contender: it executes code outside of the web browser. As a result, the web-browser-based programme processes data faster and, as a result, performs better in terms of efficiency metrics. This also enables the programme to use technologies like TCP sockets, which aren’t available in most browsers.

Due to Python’s essential architecture, multithreading is not possible, which is a problem. It slows down processing because processes aren’t running simultaneously. While Python’s syntax is simple to learn and use, it is too slow for applications that need to retrieve data from the web server often.

Libraries are responsible for the rapid advancement of app development technologies over the previous few decades. The idea is simple: you shouldn’t have to reproduce anything that has already been designed as a code. Instead, you should be able to get this code directly from a library and just write code for the functionality you want to add to your programme. However, the sheer quantity or breadth of these libraries is insufficient. To properly utilise a language’s library, you need also check at the documentation available.

The Node Package Manager manages a large number of well-documented libraries in Node.js. NPM is the world’s largest package repository, with over 350,000 packages.

A community is a collection of people who use and develop technology together. They would constantly update the popular libraries, running debugging exercises, and even adding new features because they are active. In general, communities that are administered by a single, dedicated organisation for the language/programming environment are the most effective.

Python, being the elder of the two languages, has a larger user base. Python has a wealth of talent, ranging from young to veteran contributors. One of the most significant advantages of such a large community is the ease with which developers may be found. These developers’ active participation helps in quick fixes and overall language enhancement.m

If you’re using an older version of Node.js, you can use Babel to make front-end development go more smoothly. You may also use Jasmine for unit testing and Log.io for project management. Module bundling can be made easier with Webpack and PM2, whereas Express is a popular Node.js framework.

Sublime Text is frequently used to modify Python code. Automated testing is made easier with the Robot Framework. Then there are Nodejs frameworks like Django and Web2Py, which come with a slew of extra functionalities.

A web application can now be accessed from as many devices as a human hand has fingers. With so many options, it’s only logical that the development language and environment be advanced as well.

Node.js excels in this area because, thanks to Javascript, it can be used for both backend and frontend development. Node.js is an all-rounder when it comes to websites, web apps, desktop applications, mobile applications, and cloud and IoT solutions.

With the exception of mobile apps, Python’s easier syntax makes it suitable for all types of projects. Python is increasingly being used by a huge number of programmers for IoT solutions and cloud apps.

Nothing beats the feeling of writing error-free code. As a result, CTOs will always choose the language with the best error-handling methods.

The parallel-process-running functionality of Node.js can make detecting faults and problems in code a time-consuming task.

Python’s simpler syntax and lack of parallel processes help when looking for problems and errors in the code.

This may appear to be a little detail, but it deserves to be taken into account. A language/environment with more data-processing power is automatically more efficient and adaptable.

If your app’s use case requires a lot of data, Node.js should be your first choice. The runtime environment’s technology makes it excellent for apps with a lot of data being delivered and managed. Node.js is the more efficient contender here due to its parallel operating and seamless I/O operations.

Python programming is sluggish in processing data because it has a basic syntax and just one thread running at a time.

After reviewing the information presented above, there isn’t much of a difference between Node.js and Python. In truth, the usability of these tools is entirely contingent on the type of project you’re working on. Python programming might not be the best choice for you if you’re a smartphone app developer, for example. Python programming, on the other hand, is ideal for web and desktop applications. Similarly, Node.js is fantastic for creating frontend, backend, and other apps.

Because we’re talking about top backend technologies in this blog, we’ll have to go with Node.js because of its incredible usability. It aids in the development of robust solutions and allows developers to construct these solutions faster than with other technologies.

Our Python experts can assist you with sophisticated, dynamic, and scalable enterprise or consumer-centric apps. You can contact us at info@nestack.com